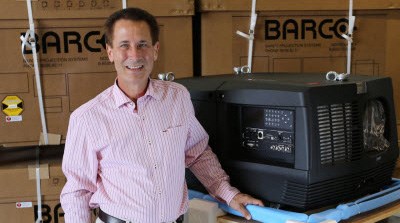 On July 4, 1999, Wayne Wagner founded Wagner Media in his Houston, Texas garage. Over the next 14 years, Wagner built up a reputable business by supplying event management professionals with the best projectors, screens, and other audio/visual rental equipment. Today, Wagner Media employs 25-30 people and sets the standard for wholesale rentals in their industry. Moreover, the company has expanded from its Texas roots, and now operates in Las Vegas, Nevada and Orlando, Florida.

“People come to us because we care about our products,” says Theresa Jackson, Financial Controller for Wagner Media. “When you’re on a show site and your equipment fails, we pride ourselves in the fact that it’s not going to be Wagner equipment that fails.”

Wagner capitalizes on their expertise in a particular high-end niche. “Our projectors aren’t the little ones that sit on a desk or a little table,” says Jackson. “We maintain very capital-intensive equipment that not everyone has at all times. Our customers rent them from us because they can’t afford to keep them in inventory.”

Since 1999, Wagner Media has depended upon Open Systems, Inc. to supply their business and accounting software, starting with OPEN SYSTEMS Accounting Software (OSAS). While the version they used was from the early 2000s and still worked, Wagner was ready for a modernized system. “The software was no longer supported, our version was out-of-date, so if something were to happen, the potential of losing that data was a probability,” said Jackson. “We had to convert.”

In 2012, Wagner completed a migration to TRAVERSE business and accounting software from Open Systems, Inc., and have been reaping the benefits since then. 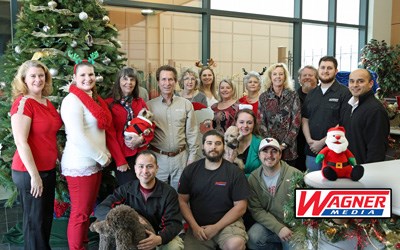 The first step was transitioning from the older version of OSAS to a brand-new version of TRAVERSE. “Transferring from OSAS to TRAVERSE... the process was so seamless, it was like overnight,” says Jackson. “We didn’t have any hiccups, and it was just all smooth. Harmless.” The well-established migration path from OSAS to TRAVERSE made the experience predictable and simple.

Though an older, text-based version of OSAS appears very different from the modern interface of TRAVERSE, the change in day-to-day work wasn’t the huge leap it may seem. “There wasn’t very much of a learning curve at all,” says Jackson. “Though the functions may look different in TRAVERSE, the functionality is still pretty much the same.”

Jackson took advantage of TRAVERSE’s context-sensitive help system to fill in the blanks. “In the application you’re using, you can just click the F1 help and it pretty much knows what you’re asking before you ask it,” says Jackson. “So that was very helpful.”

Theresa’s favorite advantage of moving to the modern TRAVERSE system? “It’s paperless. I haven’t printed any of the reports that we printed previously since we converted to TRAVERSE,” she says. “Our GL reports, all of our cash receipts, all of our accounts payable reconciliation, the post transactions... none of these. Everything is saved via PDF, or automatically saved and we can just go back to our activity calendar and print it if we need it.” TRAVERSE has also changed how Wagner Media sends invoices to customers. “We haven’t printed invoices and sent them via snail mail since we converted, either,” says Jackson.

A whole new look at history

Converting to TRAVERSE from OSAS also gave Wagner Media a unique look at historical data. “One thing we’ve never had access to until we had TRAVERSE is all of our historical data to make budgeting projections,” says Jackson. “Now the reports give us history back to 1999. You can see which customers are your true customers, and how long they’ve been around, and what are their sales, and where you should invest. It opened up a whole new world.” TRAVERSE gave Wagner Media access to the 3rd party equipment rental software they wanted to use. “We wanted to use RentalWorks software from Database Works, Inc. to handle just-in-time rentals, so we could potentially have inventory going from one show to another without ever coming back to our location.” TRAVERSE’s built-in import and integration software was up to the task. “TRAVERSE is able to talk back and forth with RentalWorks so we can get the information that is delivered over to TRAVERSE out in a fashion that’s usable.”

Visualizing a bright future together

In the end, Jackson’s only regret was how long they waited to convert to TRAVERSE. “I can’t believe it took us so long to do it, and then once we did, it was done and over with.” As Wagner Media expands into new cities and markets, TRAVERSE software from Open Systems, Inc. stands ready to grow with them.